The state of Nebraska adopts both building and fire codes for the safety of its citizens.  The goal and purpose of the codes is to require a minimum standard of safety for our citizens.  In Grand Island, local officials enforce these codes.  Numerous fire code pamphlets published by the the NFPA (National Fire Protection Association) have been adopted by Nebraska State Fire Marshal. The primary codes are the Life Safety Code 101

and the Uniform Fire Code (NFPA 1). 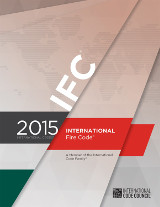 The sister fire code to this code is the IFC - International Fire Code.  These building and fire codes have also been adopted by the City of Grand Island (2015 ed.).