Bypass pumping is underway in order to make final connections.  The new hospital can be seen in the background.  2018-08-24 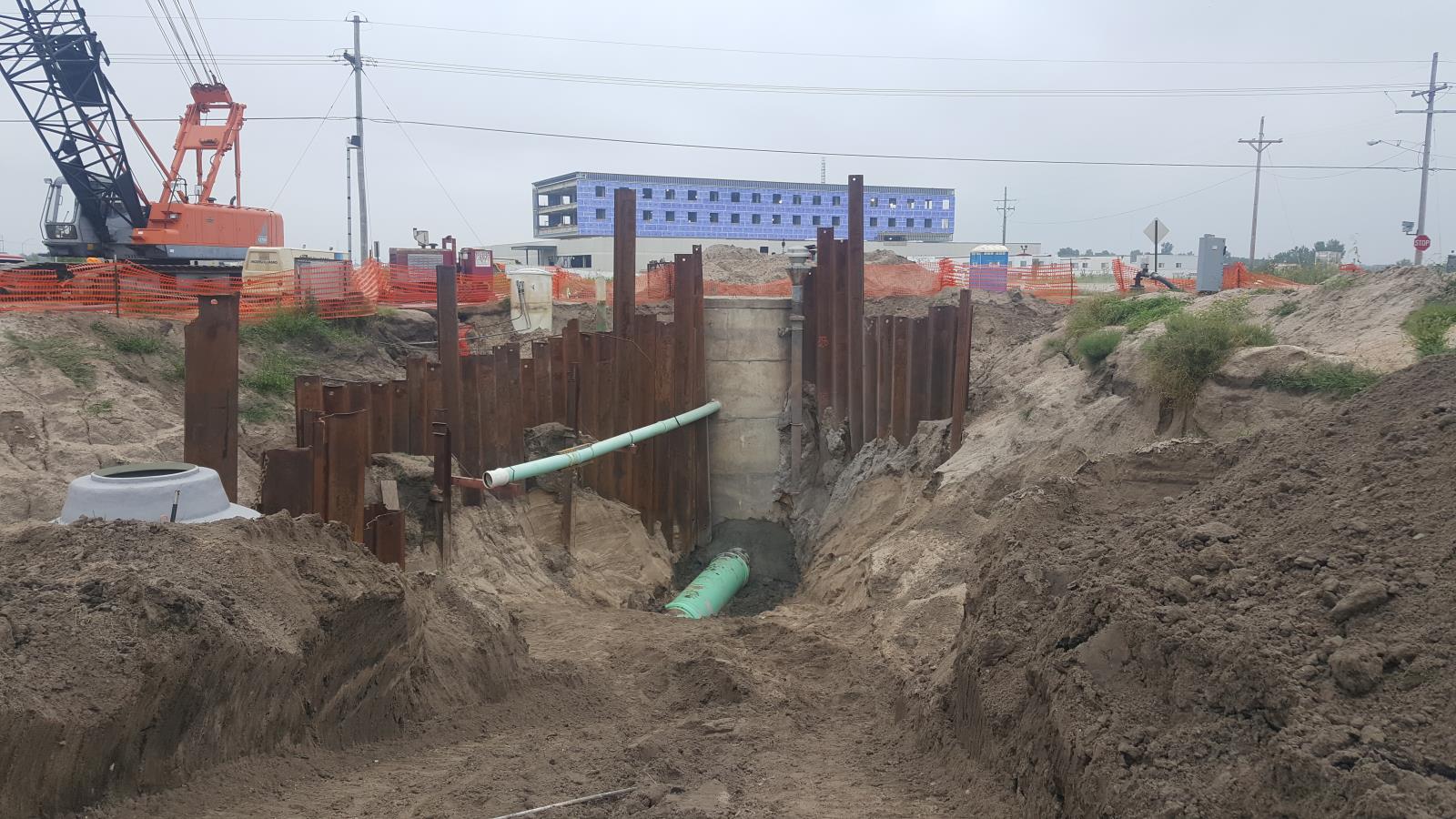 The connection of the new to the existing force main.  Testing and start-up of the new lift station will be occurring in the near future.    2018-06-15 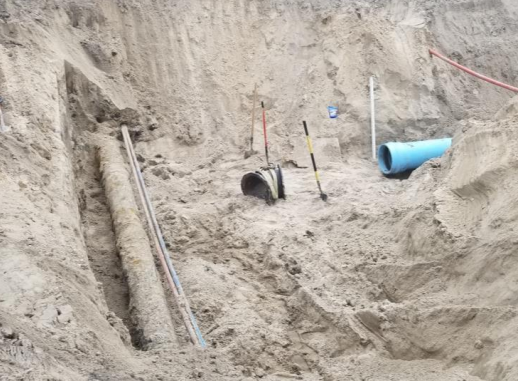 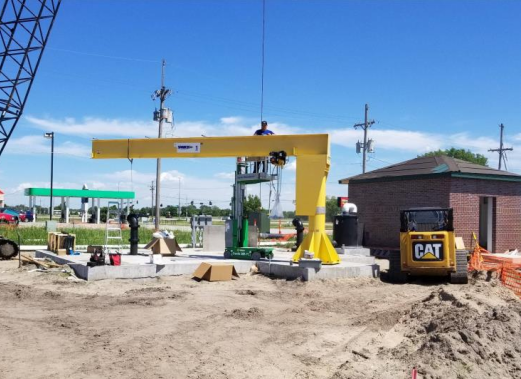 Diamond Engineering is working to install brackets for the Influent Grinding System. 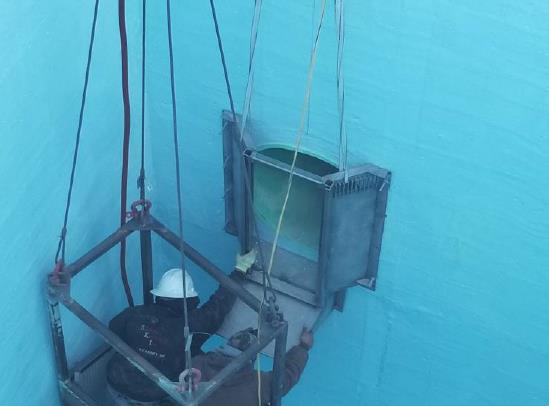 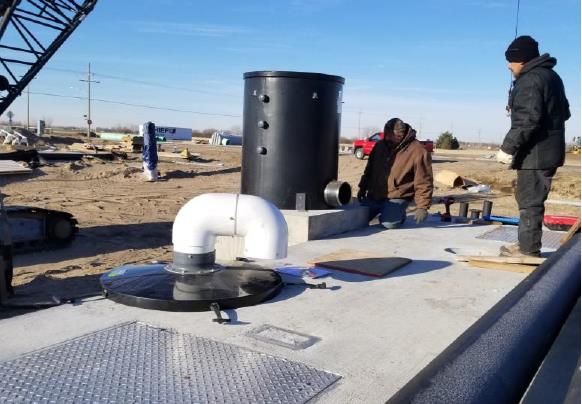 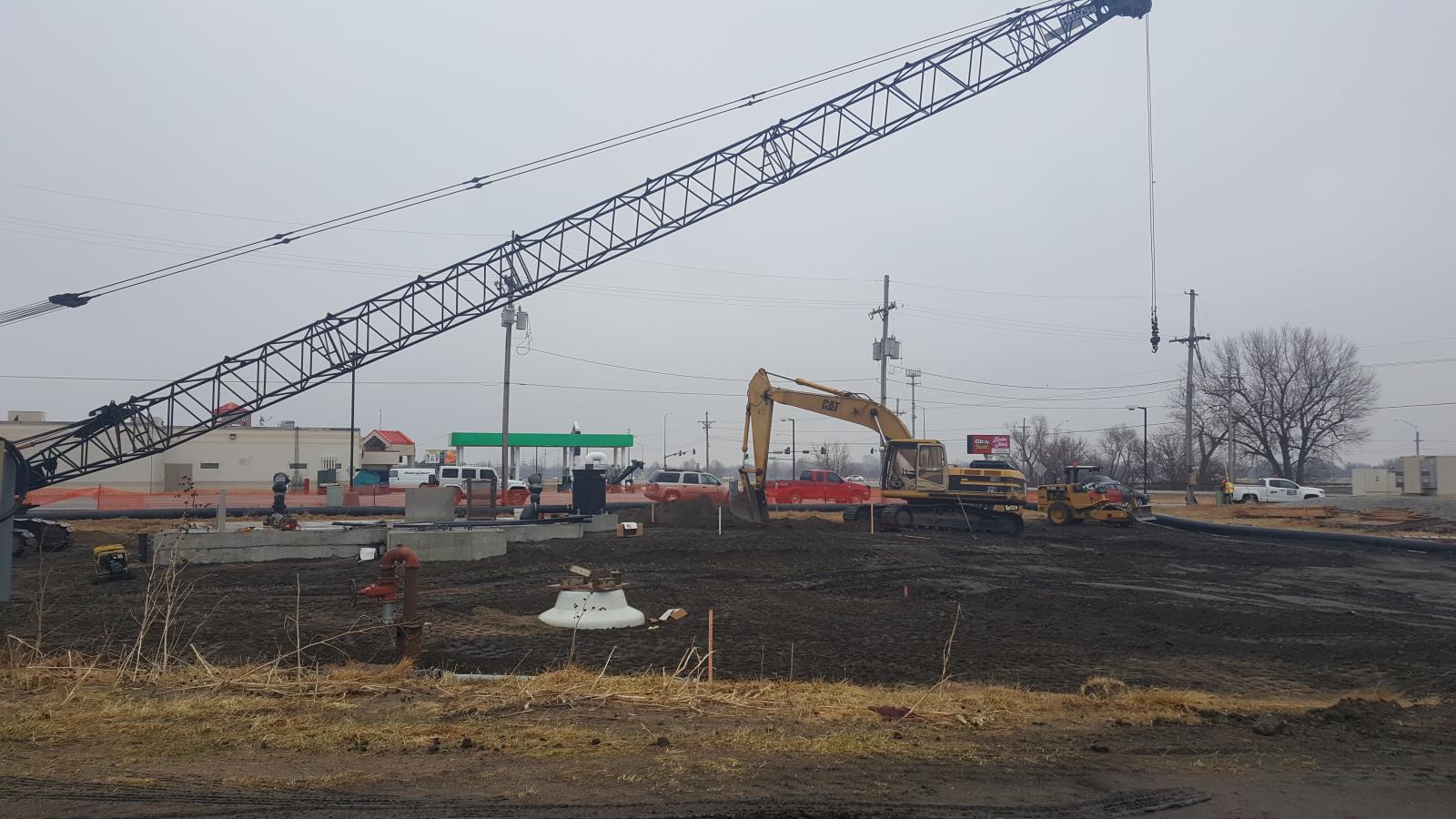 Below: Working to install Lift Station piping, valves and magmeter. 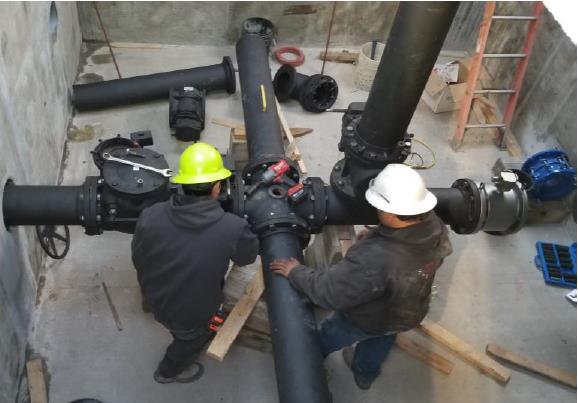 The new pump station and force main project near Husker Highway and 281 is 60% complete.  Diamond Engineering Company has continue to make progress on the wet well and valve pit through the winter months.-February 2018 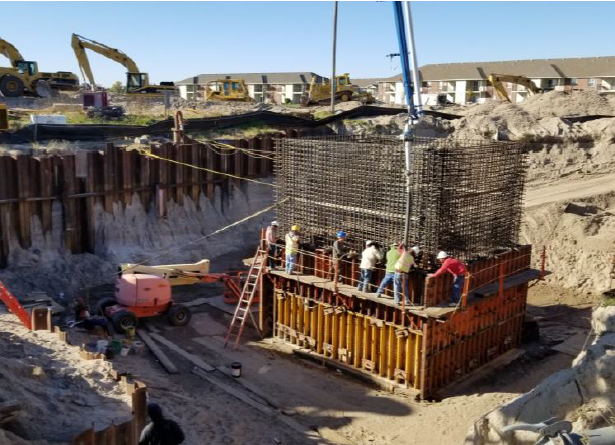 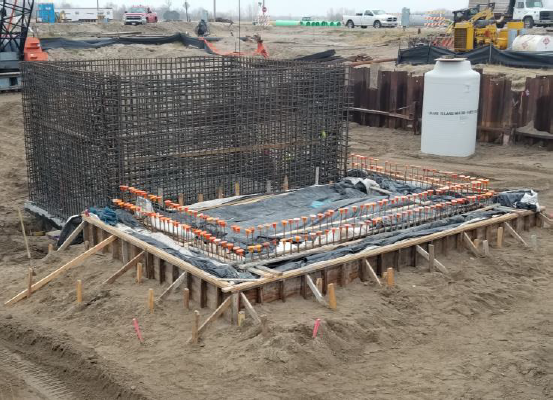 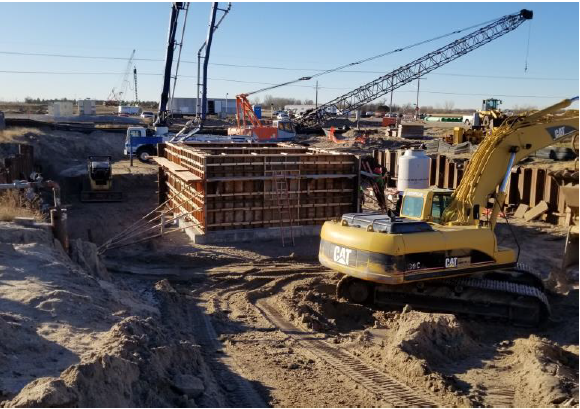 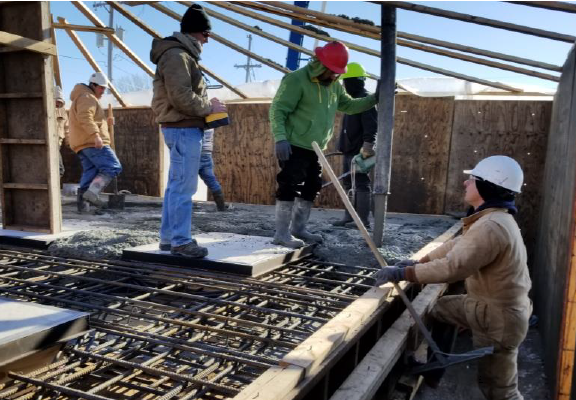 Lift station #20 force main dumps into this manhole, which had to be removed due to severe corrosion.  A new, larger, concrete manhole that is specially mad to protect against corrosive hydrogen sulfide gasses that arise within turbulent sewage environments. 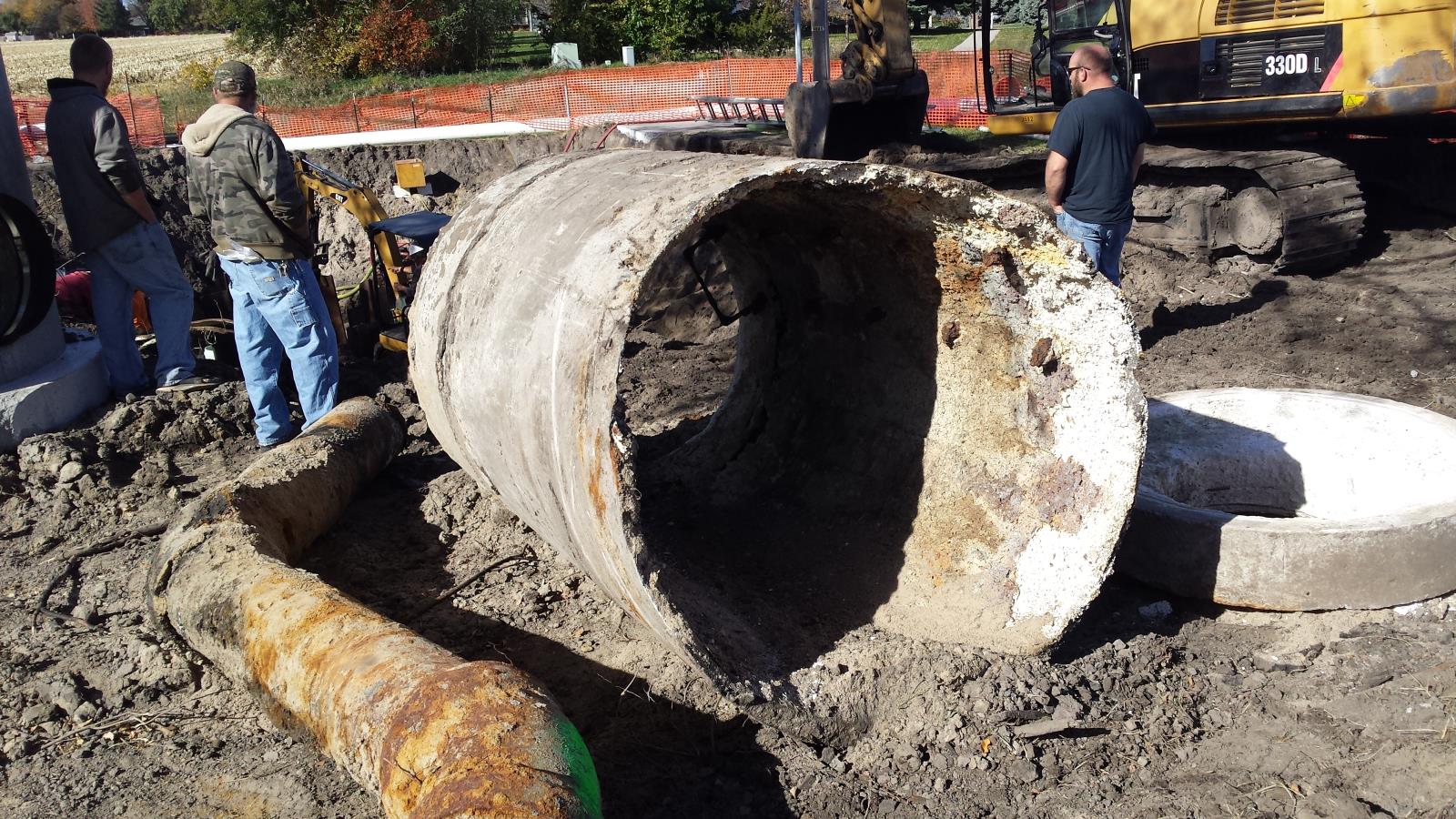 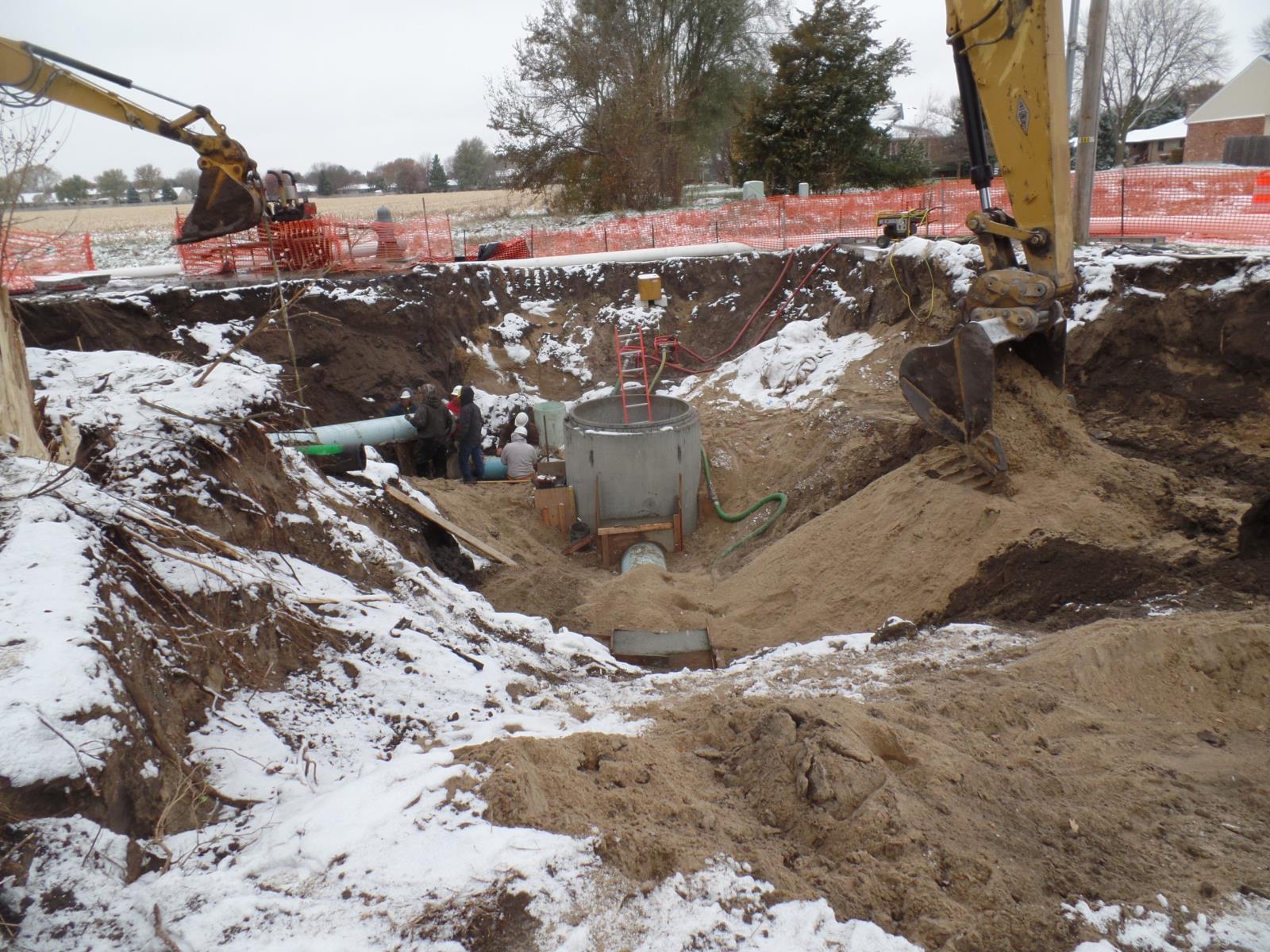 Photos below are showing progress being made at L.S. #20 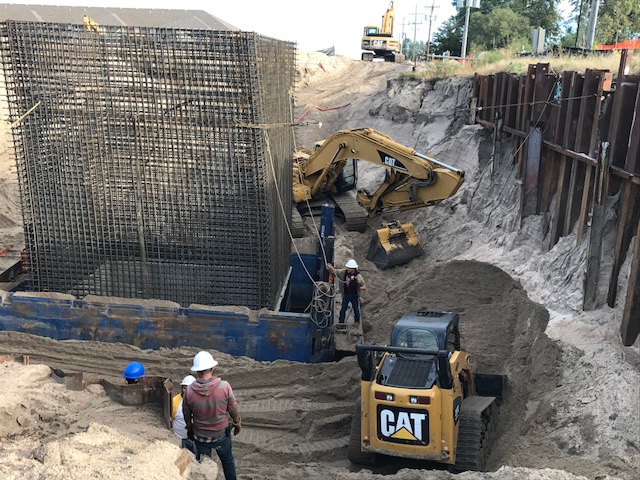 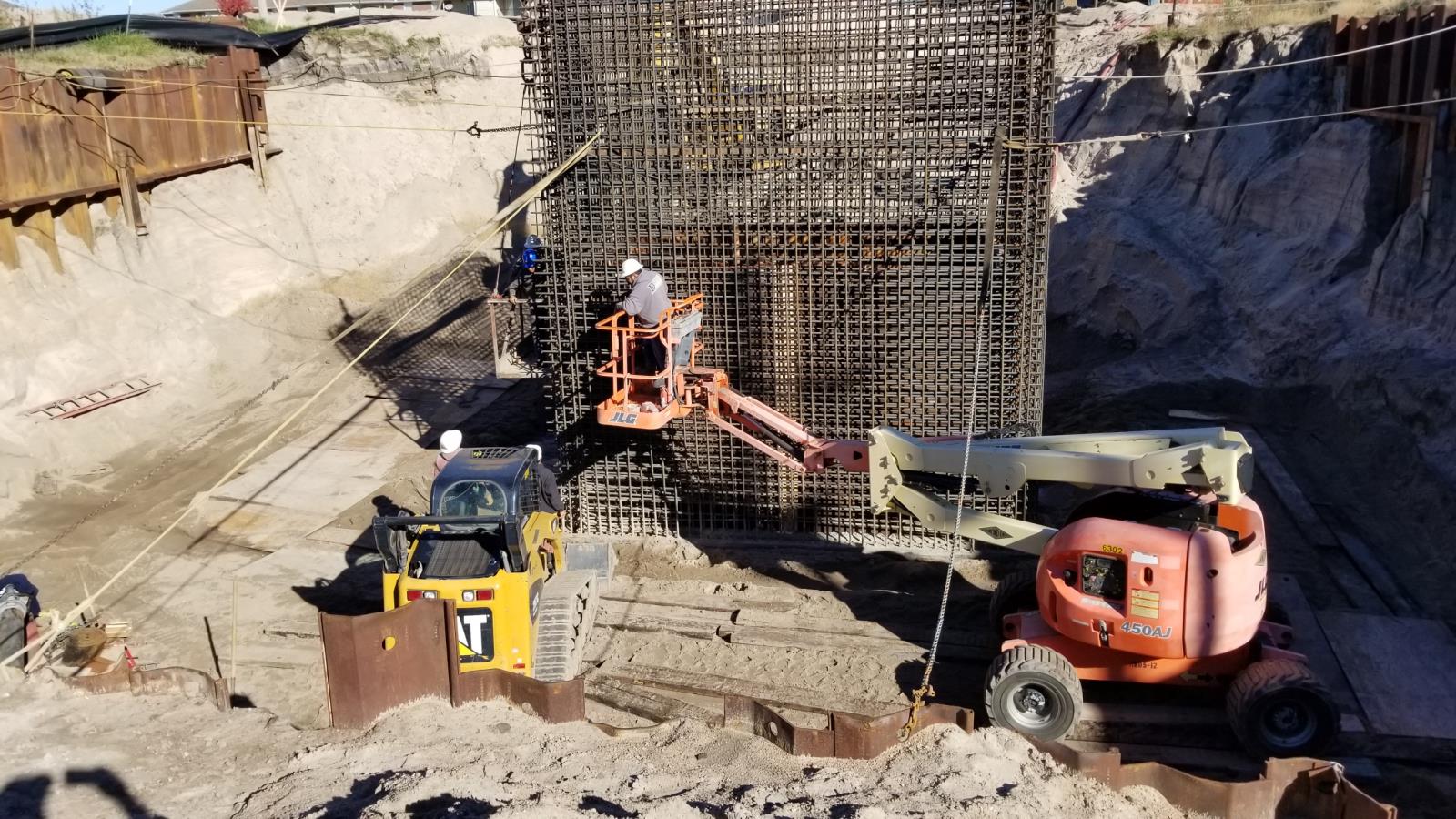 With high ground water and wet weather the LS 20 Project is underway with wet well construction.  There are 6 dewatering wells and 2 sump pumps running in order to keep the water out of this 40 feet deep excavation. 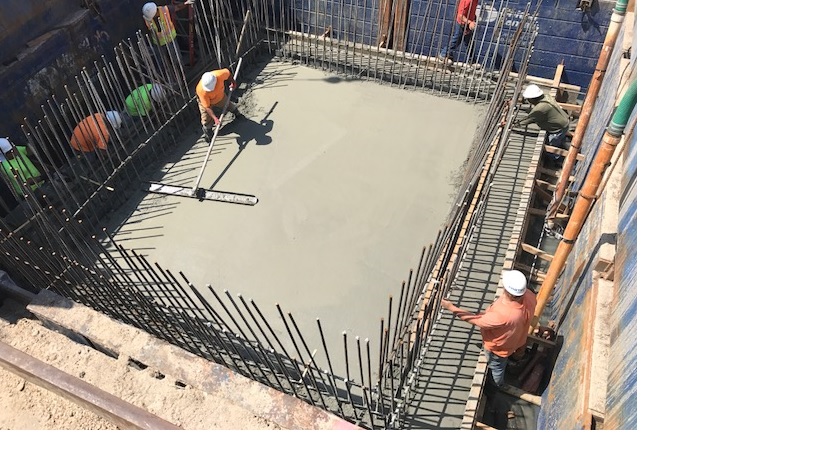 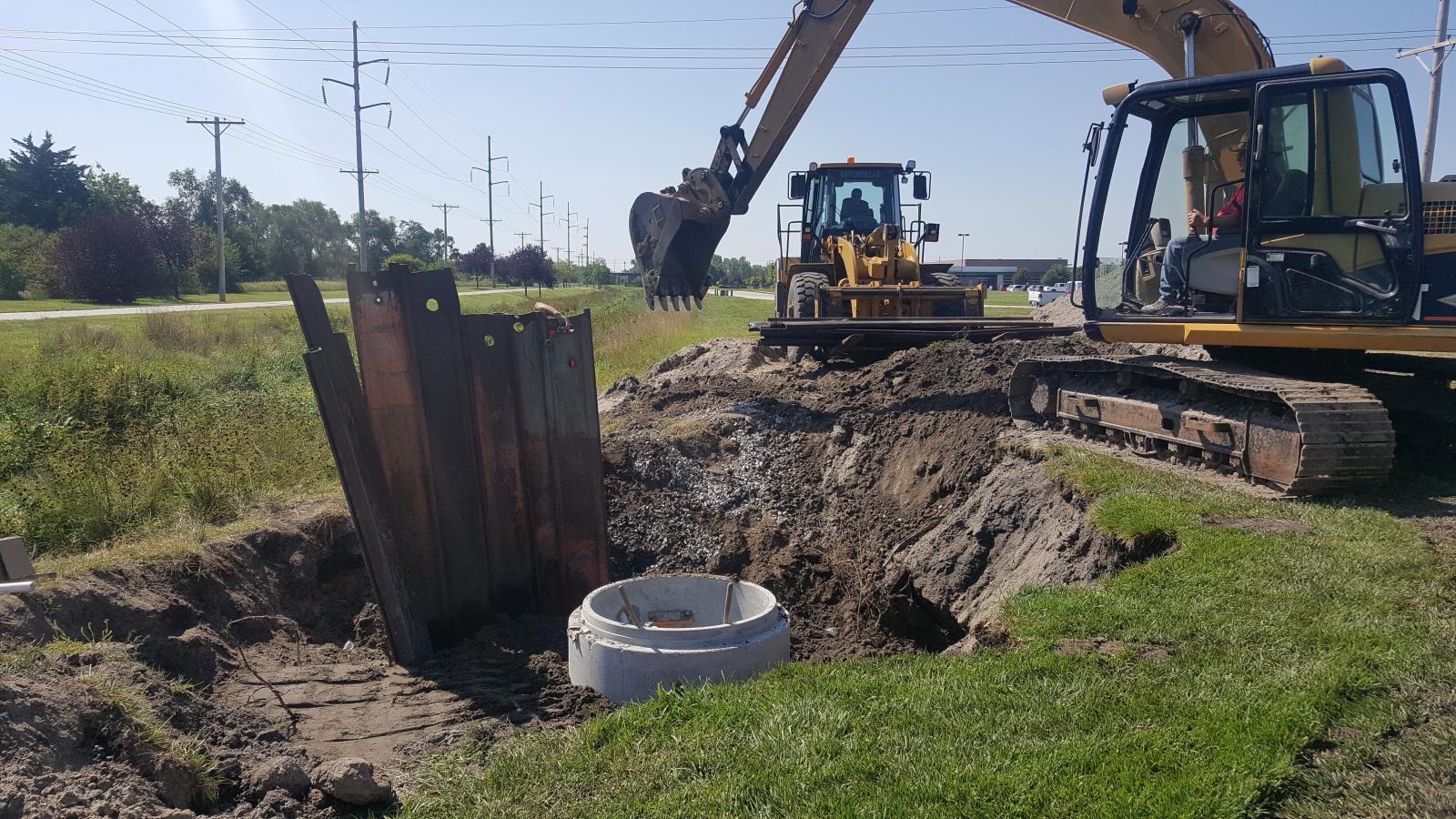 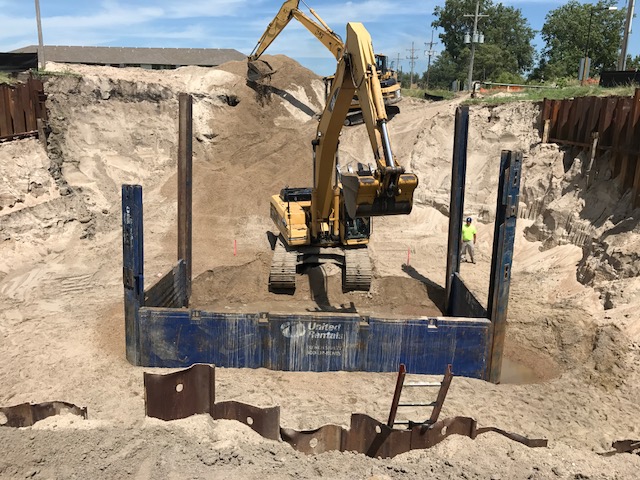 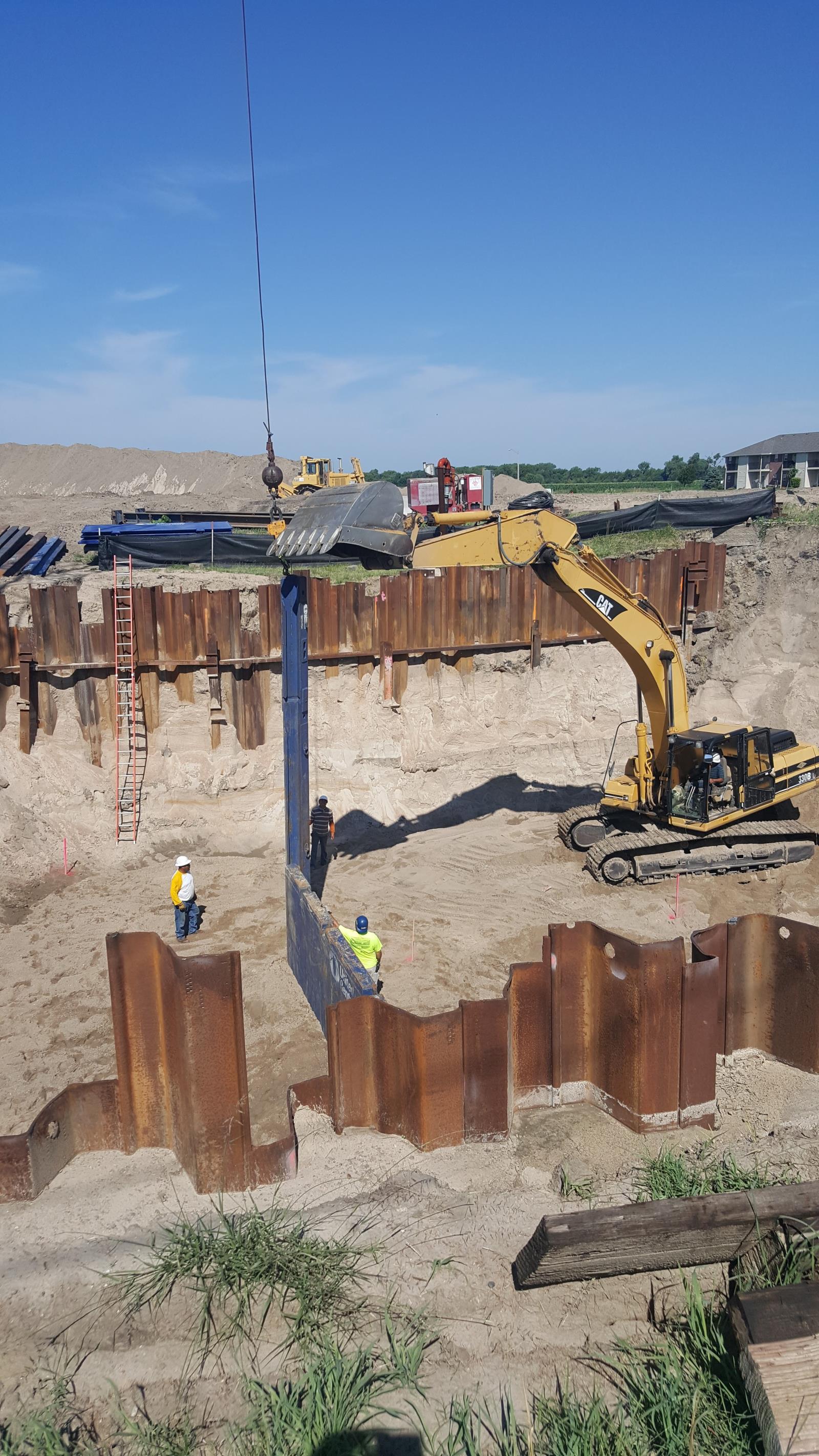